The addition of the water surface elevation is conditional upon the setting of NOLIFA: η is treated as zero if NOLIFA is set to zero in the fort.15 file. Finally, the value of CF in the fort.15 is used to set a lower limit on the resulting equivalent quadratic friction coefficient, under the assumption the Cd calculated from this formula tends to become too small in deep water. 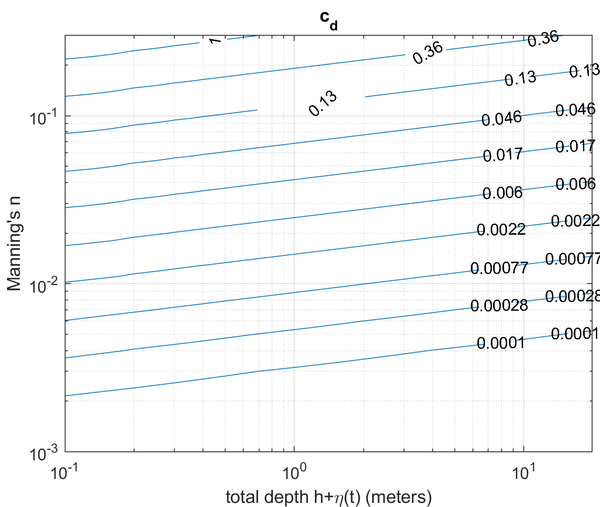